The Jay Lyons 5k is now in its 18th year – a memorial race for one of six Worcester Fire Fighters who died fighting a warehouse fire in 1999. If there is a race worth running, certainly it is this one.

I have to say I wasn’t quite sure how this was going to go. It was a gamble and one I may have lost had I gone for that additional lap yesterday. The day started much later than usual – even for a weekend day – and when I did actually get up, I had a hard time actually walking around.  I was pretty much 90-years old all morning.

After 3-laps at FIT last year, I couldn’t walk for a week.  I mean I really hammered myself good.  This year, while sore, I’m self ambulating so that’s a good sign.  I may not have been with an additional 3 miles and 1400′ of gain, so I may have learned a lesson.

So, today was pretty much lazy – I did some laundry, did some errands, but otherwise laid pretty low.  According to my Fitbit, by noon I had accumulated maybe 1,800 steps, when I’ve been averaging about 20,000 daily.

By the time I had my bib, and the National Anthem began playing, I still wasn’t sure how well I was going to be able to run: the ibuprofen started to wear off and I was very much feeling the dents and dings from yesterday’s course.

The fire truck horn sounded and the runners were off. My first mile was pretty good, but it was clear to me that it was going to be a bit of a battle and that first mile was definitely going to be my best: a 7:20 pace.  Mile 2 was reasonable, but clearly slower at a 7:40 pace. I was feeling the wear and tear by that point and when my watch went off with the 8:04 pace for mile 3, I knew I had only a little more course left and with what gas was left in my tank, I laid it out there. The course was really, really flat and a little more than a 5k – I recorded 3.18 miles, and in that time I hit a 6:41 pace.  Now, I’m left to wonder if I could have pulled off a better pace had I paid more attention to my mile 3 time although I’m quite sure it would have had the opposite effect. 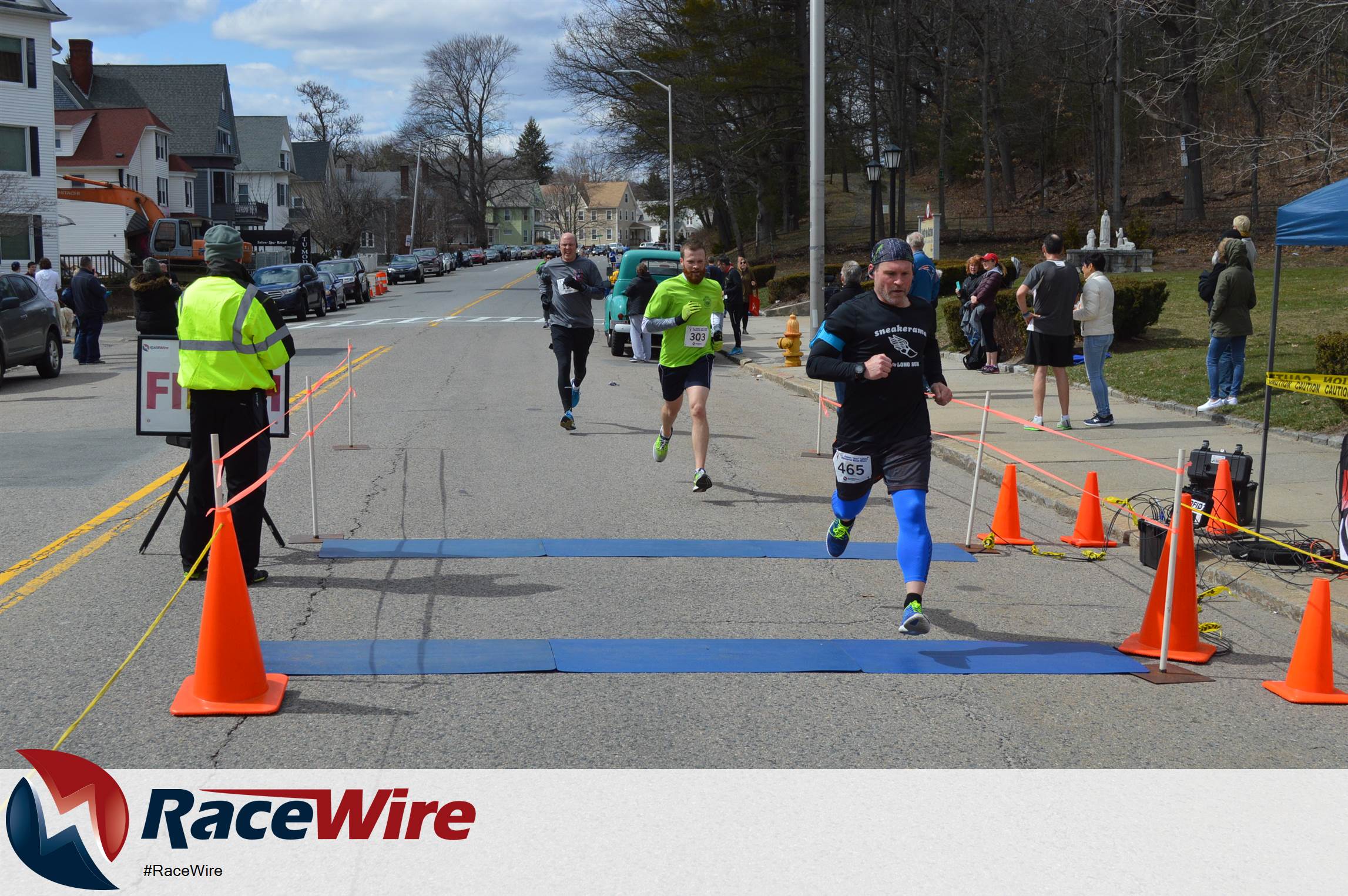 It’s a nice, pretty easy course, that I think I would normally have had a good shot at a personal record.  Even still, it wasn’t a bad time at all – a friend noted that a few months ago that would have been close to a personal record, and indeed that is true.  I’m happy with the overall result and glad I took the opportunity to run.

Team Sneakerama took home quite a few individual trophies and a team award – I have to say for a relatively small race, funding a great scholarship for one of Worcester’s High Schools, there were a HUGE number of awards.